A passion for justice,
a commitment to you,
a personal approach

My life turned upside down when for the first time in my life I was arrested and jailed while in the Stafford / Fredericksburg area. In jail, inmates told me that my charges could put me in jail for twenty years. Several of them told me I needed Mark Murphy. I admitted my wrong doing, but didn’t want to spend time in jail. I would have lost my home, job and family.

Mark Murphy did everything he could to help me and I can honestly tell you what I told him – he saved my life.

I got a second chance because of his belief in me as a person and the representation he provided me in court. He never gave up on me or my case. He did it all step-by-step, detail-to-detail, professionally and with a respect for everyone involved – including the unfortunate victim. Mark Murphy fought for me like you want someone to fight for you.

"Mr. Murphy is insightful, intuitive, proactive, detail oriented and incredibly knowledgeable of criminal law. I highly recommend him and his staff."

When my family in Denmark learned of shocking and devastating false accusations against me of improper sexual conduct and my incarceration they contacted the Danish Consulate in New York. Mr. Murphy came highly recommended by the Danish Consulate in New York as being “highly competent” in the are of criminal defense. This proved to be absolutely true. I am grateful for his uncanny ability to convey hope, inspiration and trust during a time of total despair. He got me out of jail when everyone else around me said it would not happen. And I never went back as all charges were dismissed at trial. Mr. Murphy is insightful, intuitive, proactive, detail oriented and incredibly knowledgeable of criminal law. I highly recommend him and his staff. They support his efforts with the same personable professionalism shown by Mr. Murphy.

"From three thousand miles away I knew they held me in their hearts and I consider them friends."

When my young adult son was arrested in California for an internet crime that happened in Virginia, my world, as I knew it, changed forever. I entered a world filled with fear and uncertainty about my son’s future. Not only did we need counsel in California but also in Virginia. The most valuable result of our dealings with our California attorney was his referral to Mark Murphy. From his sources in Virginia, he was told that Mr. Murphy was “one of the best” criminal attorneys in Virginia. During the many months ahead we came to realize that this was an understatement.

From our first phone contact to our initial meeting and during the various legal proceedings, I was impressed with Mr. Murphy’s professionalism, knowledge, sincerity and warmth. In the months ahead, I also saw his mastery of the law during proceedings and was in awe of his immense presence in the courtroom. He knew when to push and when to hold back…he had a strategy and it was magic to see it unfold.

At the first meeting Mr. Murphy gave us a very clear picture of what to expect. We were told what the Commonwealth’s sentence would be for each charge and he explained the process from arraignments to sentencing. He patiently answered our questions and addressed our concerns. When we left Mr. Murphy’s office on that afternoon, my son and I knew we had met a man we could trust, who had passion for his profession, and would be aggressive in defending my son. During the following months, we found him to be a man of character, one who also possessed integrity, honesty and an ability for us to have complete confidence in him.

Mr. Murphy has a phenomenal office staff. They efficiently handled all the many faxes, emails and telephone calls that are inherent when distance separates a client from his attorney. From obtaining background information, arranging for an expert witness, working with my son’s treatment team in California, to getting a packet of reference together from California, they were able to help facilitate a winning strategy for my son’s defense. They also kept me informed about court dates and always ahd time to answer my questions. Their compassion, understanding and concern for me, made the whole process bearable. From three thousand miles away I knew they held me in their hearts and I consider them friends.

Mr. Murphy is a giant of a man not only in stature, but also in my deep respect for him. He believed in my son and was willing to fight on his behalf to obtain the best possible outcome, one, which was greater than I ever imagined as my son came home to me after a very short jail term. He is a gifted litigator possessing the experience and skills necessary to represent his client. I am now optimistic about my son’s future and thankful for the referral to the “best criminal attorney” in Virginia.

"Mr. Murphy was pleasant, professional and direct when discussing the specifics of my case, questioning details and conveying his skills and outlook"

I am an out of state commercial truck driver and was referred to Mr. Mark Murphy by another attorney for his respectable reputation. Mr. Murphy was pleasant, professional and direct when discussing the specifics of my case, questioning details and conveying his skills and outlook. He wasted no time in getting to the bottom of things and I benefited from his professionalism when he got my case dismissed. I would highly recommend Mr. Mark Murphy to someone who needs a great attorney.

"He answered all of my questions and was very honest and explained everything to me in concrete terms. I got the impression that he cares about his clients and he will fight for your rights."

I was facing a felony 5 perjury charge in an extremely tough county. After much research I decided to meet with Mark Murphy to discuss my case. Mark has over 25 years of experience and is well known and respected by prosecutors and judges. If you need competent, thorough, and knowledgeable representation at a fair price I suggest you consult with him. Speaking for my own situation, Mr. Murphy was able to meet with me before my court appearance to discuss my defense, he answered all of my questions and was very honest and explained everything to me in concrete terms. I got the impression that he cares about his clients and he will fight for your rights. Be honest with him so there are no surprises in court and he will provide you with zealous representation. Mark is also well known and revered amongst his peers. I have had several of them tell me that Mark is compelling in front of a jury if you end up at trial. My case was resolved without going to Circuit Court and reduced to a misdemeanor with only a fine and no other sanctions imposed. If you find yourself facing criminal charges don’t settle for a public defender and don’t answer any questions until you speak with Mark Murphy.

How we will represent you

Our mission is to take a very personal approach to all our cases, taking the time to get to know our clients as people. As we do so, we will make sure you get answers to your questions about the criminal defense process. While winning at trial is often a first priority, we will help you look at all of your options and answer any questions you may have as Mr. Murphy builds the best possible defense for you. He also understands that every case is different, and for some of our clients, the best results can be found by negotiating a fair settlement or by reaching a plea agreement. Either way, we prepare so that you're prepared. 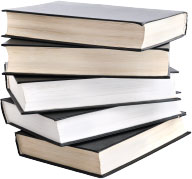 What type of charge has you or your loved on been given?

25 Years of criminal defense in the Commonwealth of Virginia

Below are the headlines of a number of cases successfully defended by Mr. Murphy:

"Murder Too Hard to Prove in Overdose Case" - The Washington Post